Color cheats: how not to get fooled

Color cheats: how not to get fooled

Spirits and premium cigars share many aspects. Both are very wide to explore worlds, requiring time and dedication to be fully understood. In both cases, color cheats, and it is very important to how not to get fooled.  At the same time, they are capable of inspiring great passions. The experience gets developed whit time, and what can be initially misleading, step by step, becomes an alarm, a sort of sixth sense helping the aficionado posing himself extra questions.

Color is one of the initial very confusing aspects for people approaching cigars and spirits. Even the most experienced aficionados are not insensitive to it, and manufacturers are quite aware of this power: this is the reason behind the development of artificial techniques to obtain an eye-catching, appealing color, driving the consumer towards precise choices. Law on whisky, compared to other spirits, is particularly strict; despite this, in addition to water dilution, it is allowed to add to the finished spirit only one extra substance: caramel. 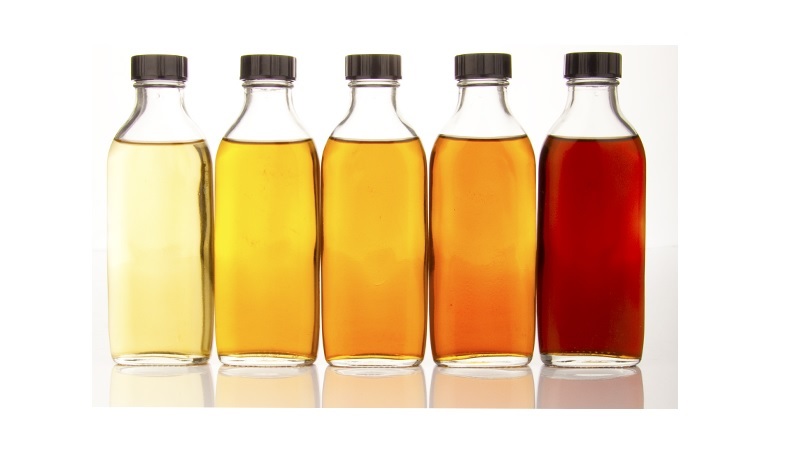 Water can not dilute the product over 40% ABV. At the same time, restrictions on caramel are meant not to change the product aroma profile, which translates into using only substances modifying the product color, thus only impacting the spirit appearance. E150 is the coloring caramel used, the one used, for instance, in Coca-Cola. In particular, the specific whisky variety is named E150A, differing from B and C, which are also used in the food industry. In the cigar world, on the contrary, there are at the moment no rules requiring the declaration of the coloring substances.
However, what is the reason behind “coloring” a spirit or the wrapper leave of a cigar? The main motivations are two. The first one is the intention of maintaining year after year, batch after batch, constant color; concerning cigars, it is in this way possible to give a homogeneous color to all the cigars belonging to the same box. The second purpose is, however, more important: in the spirits, the target is to mimic a longer aged product when compared to the label age statement, while in the premium tobacco world the strategy is devoted to letting the cigar be more attractive, thanks to a more oily, higher quality wrapper.

Let us take a step back, and re-examine the first of the two reasons behind coloring. When talking about spirits, manufacturing companies often need to re-create the same products year after year or even month after month. Consider a classic one: Lagavulin 16, an exceptional quality/price ratio product, widely spread globally, available even in supermarkets. This single malt whisky is made using several different barrels.

If you buy it today, it is practically impossible to find the same batch of one year ago. Keeping the same color, however, gives the manufacturer the opportunity to inspire trust in the consumer, who is used to the aromas, but also to the color of the spirit. For this reason, the manufacturer, in the phase before final bottling, verifies the spirit color and, if required, adds the proper pigment in order to reach the desired shade. Regarding cigars, this first motivation is more devoted to homogenize the wrapper’s color, which has to be as similar as possible inside one single box. As it has always been, cigars to be placed inside a specific box are selected based on the wrapper’s color. In manufacturing companies, specific professionals are given the task to verify cigar wrappers color and select them to ensure the best possible homogeneity.

The second mentioned reason is, on the contrary, the one providing a wrong perception to the consumer, moving him into a specific decisional process which is often based on esthetic parameters, which are often difficult to ignore.

The same spirit, when showing a darker color, can be seen as a product that has enjoyed a longer maturation process, and thus can be associated with superior quality, having an intrinsic higher value. Talking about cigars, an oily, uniformly colored, no defected wrapper leaf communicates the superior quality to the aficionado, which is supposed to be obtained by a very careful tobacco selection. It is nowadays rather obvious that the wrapper leaf is one of the most important components, playing a crucial role in the purchasing process; it is thus the most expensive of the cigar components and the one experiencing a selection procedure that can not even be compared to the other leaves. Artificial coloring reaches an important target: manufacturers can spend less choosing a lower quality wrapper, making it more appealing by coloring it.

Pay attention to color. As it often happens, what seems too attractive to be real, in the end, is not real at all.