Even among the non-whisky aficionados, it is common to classify the distillate as peated and un-peated. It is an obvious characteristic for the newbies, so evident that it is a real impassable limit for some. Some online whisky stores have added a peated whisky category to better satisfy the research of this product. The peated whisky is often regarded as very tasty products, oftentimes difficult to appreciate or of immense love, with little middle ground.

Lately, some distilleries (like Glendronach) have presented for the first time in their history product declared as peated; other distilleries (like Bruichladdich), other than their traditional products, presented a peated line (Port Charlotte) and even followed by the most peated whisky in the world (Octomore). Let us try to give some useful and necessary information before the tasting of the peated products. 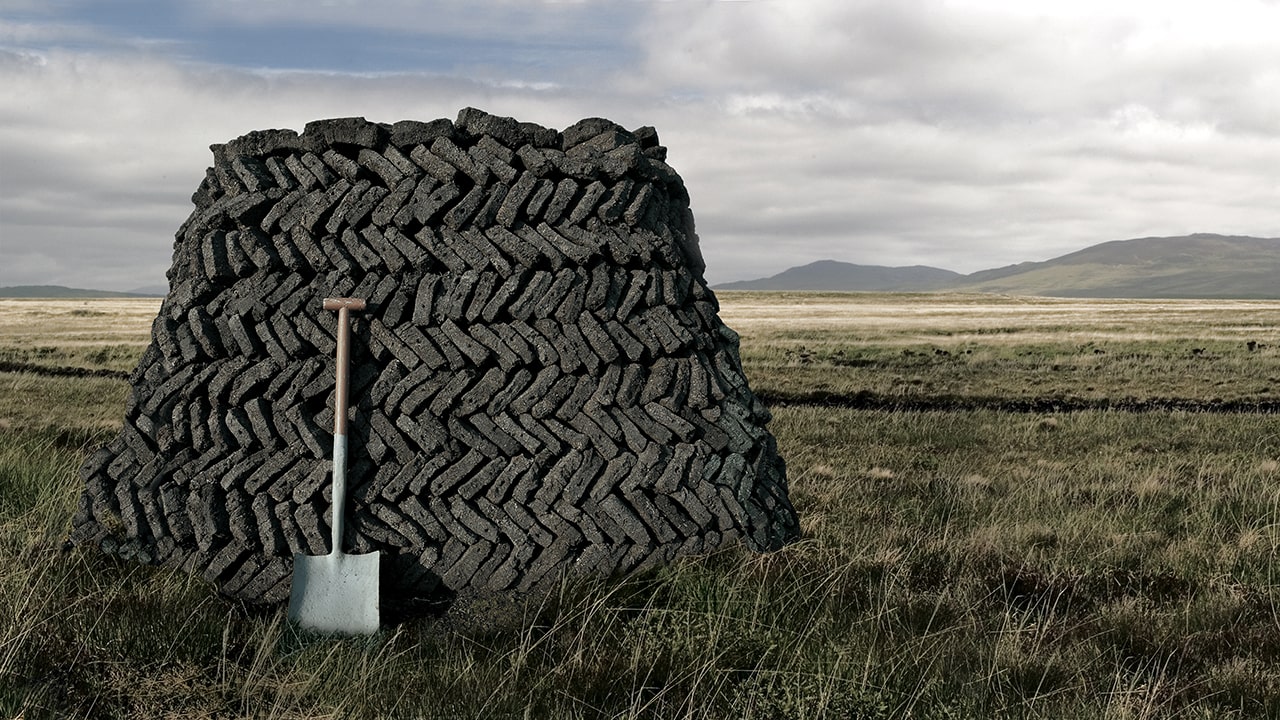 Where does the peat come from?

Peat is the first phase of carbonization. The coal originates mainly from wood, while the peat is generated by grass, especially in the wetlands, where perennial water allows the grass to accumulate and grow, even reaching meters of deposit.

How do you get the peat needed for combustion?

Once you have found the peat, you must first remove the layer of “live” plants above, then reposition it after removing the underlying product. The peat is extracted with a particular shovel but is still not optimal for the final use; you have to let it dry in the open air for a long time, usually a few months. It is a procedure to be avoided in the wettest months or in the presence of water sources close by that could wet the peat (rivers, lakes, streams). Once dried, it can be used as fuel for various things; the production of peated whiskey is just a variant of the classic homemade fireplace.

How is the peat used in whisky production?

It is used because it produces more smoke than wood. In the final stage of malting (in the transition from barley to malt), barley is smoked with peat smoke and then dried.

This process has been exploited in Scotland because its territory has always been rich in this fuel, and its use dramatically decreased the import costs of coal or wood. Therefore, the malt obtained will have a certain percentage of peat measurable in Parts Per Million (PPM). This number is reported on the label or on the Distillery’s website. To measure the peatiness, spectroscopy is required.

Here are some PPM levels of a few distilleries:

These are indicative numbers that may vary from year to year or product to product: Ardbeg, for example, ranges from 8PPM in the Blasda to about 100 in the Supernova. The scepter of “the most heated malt in the world” is Octomore: with 309PPM in the Octomore 08.3, we talk about a very high level of peatiness. A real experiment! Obviously, the peat is not the same from area to area: speaking of Scotland, the peat of the hinterland will be different from that of Islay, a small island surrounded by the sea, home of the most famous peaty whiskies (Lagavulin, Ardbeg, Caol Ila, Laphroaig, Bowmore). 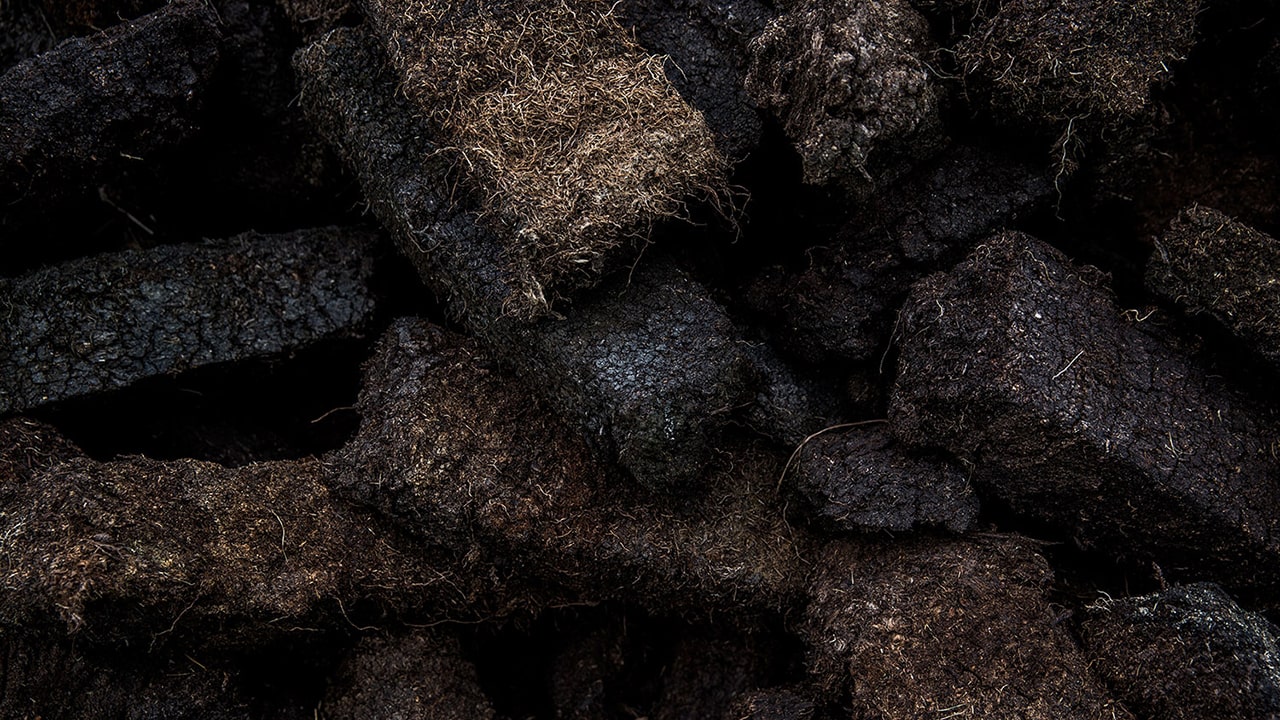 The result of peat characterize the distillate in different ways, varying from product to product and based on its age: in fact, the peatiness, year after year of aging, decreases in power. Specimens such as Talisker 30, despite being originally peated, have very few traces of peat; it is practically absent. The peatiness can give medicinal, coastal, and smoky notes. Peat can be vegetable, medicinal, or marine.

For a quick review of the peat, we have thought of some useful products to understand the power of peatiness.